- Indicated for Treatment of Moderate to Severe Alzheimer's Disease -

DUBLIN and EMERYVILLE, Calif., Dec. 24, 2014 /PRNewswire/ -- Actavis plc (ACT) and Adamas Pharmaceuticals Inc. (ADMS) today announced that the U.S. Food and Drug Administration (FDA) has approved the New Drug Application (NDA) for Namzaric, a fixed-dose combination (FDC) of memantine hydrochloride extended-release, a NMDA receptor antagonist, and donepezil hydrochloride, an acetylcholinesterase inhibitor. Namzaric was approved for the treatment of moderate to severe dementia of the Alzheimer's type in patients stabilized on memantine hydrochloride and donepezil hydrochloride.

"Namzaric combines, in one capsule, two complementary therapeutic agents which are often co-prescribed as approximately 70% of Namenda XR patients are also on AChEI therapy.  Both Namenda XR and donepezil have proven efficacy and safety, for the treatment of moderate to severe Alzheimer's disease. Additionally, data has shown that combination therapy with Namenda XR and an AChEI demonstrated greater improvement in cognition and global function verses an AChEI alone," said David Nicholson, Actavis Senior Vice President, Global Brands R&D. "Along with our partner Adamas, we are proud that this important therapy will provide a convenient and innovative treatment option for Alzheimer's patients and caregivers that reduces the number of capsules they are required to take each day for the treatment of this devastating disease."

"We are excited about the approval of Namzaric ¡ª the first fixed-dose combination of extended-release memantine and donepezil ¡ª and look forward to its launch by Actavis in 2015," said Gregory T. Went, Ph.D., Chairman and CEO of Adamas Pharmaceuticals, Inc.  "Namzaric is also the first FDA-approved FDC product to emerge from Adamas' platform for modifying the pharmacokinetic profiles of approved drugs, and we look forward to developing additional new treatments for individuals with serious neurological CNS disorders."

Namzaric, formerly known as MDX-8704, is a once-daily oral capsule for patients currently taking memantine (10 mg twice daily or 28 mg extended-release once-daily) and donepezil 10 mg. In addition, the capsules can be opened to allow the contents to be sprinkled on food to facilitate dosing for patients who may have difficulty swallowing.

"When determining therapies for my patients in the moderate to severe stages of Alzheimer's disease, I consider the therapy's effectiveness, safety profile and its ease of administration. The FDA's approval of Namzaric offers a new therapeutic option that provides patients a fixed-dose combination of two treatments often prescribed together, in one capsule," said Gustavo Alva, MD, Neuropsychiatrist and Medical Director at ATP Clinical Research in Costa Mesa, CA and volunteer faculty member at University of California, Irvine.

About the Clinical Trials

The efficacy and safety of the coadministration of memantine HCl extended release and acetylcholinesterase inhibitors (AChEIs), including donepezil HCl, was based on the results of a randomized, double-blind, placebo-controlled trial of 677 outpatients on a stable dose of AChEIs. The clinical study was not conducted with Namazaric; however, bioequivalence of Namazaric with coadministered memantine HCl extended release and donepezil HCl was demonstrated. Approximately 68% of the patients randomized to receive either memantine HCl extended release 28 mg or placebo were taking donepezil as the AchEI at Baseline and throughout the study. The results of this study, demonstrated statistically significant improvement in cognition and global function for patients treated with NAMENDA XR 28 mg plus an AChEI compared to placebo plus an AChEI. 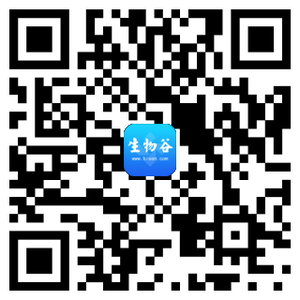